The more a player, team or topic was tweeted, the bigger their picture on the screen. Updating every few seconds, players would rise and fall with every goal or red card, along with referees, celebrity fans and of course the vuvuzelas. During the tournament, we curated more than 11 million World Cup-related tweets. And at its peak, the interactive processed more than 13,000 tweets a minute when England played the U.S. on June 12.

Created in flash, with firehose access to twitter allowing us to store the millions of tweets, and show live what was happening, or allow you to replay at your leisure later down the line.

I had the pleasure of attending the Royal Television Society awards in London and collecting the award for Innovative news 2009/2010.

Read about the project on CNN.com 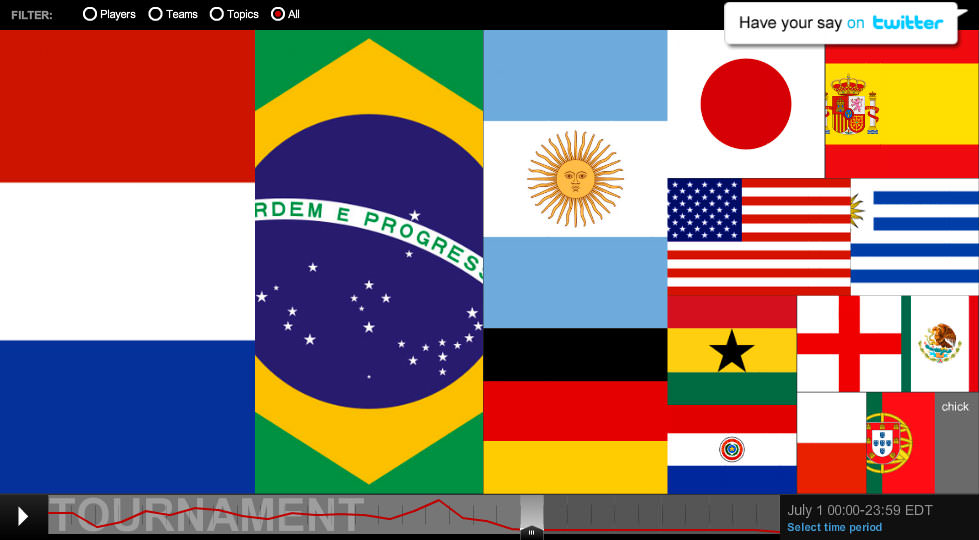 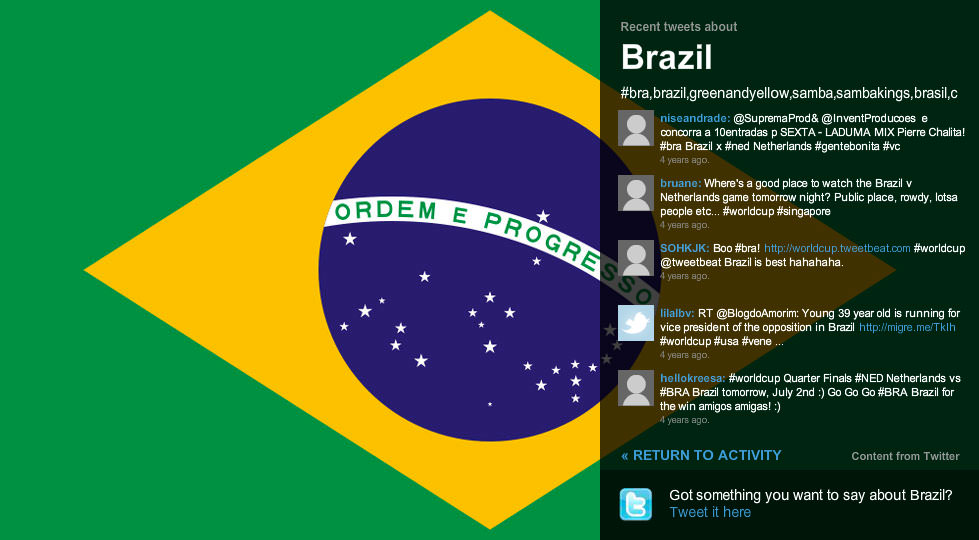 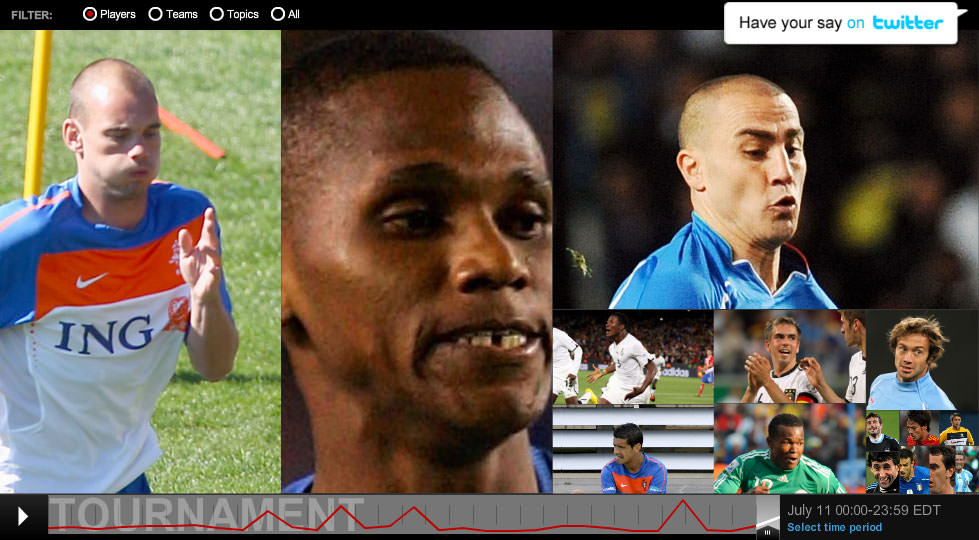